Extreme sport video by Adidas: Hayley Ashburn highlining in the Dolomites. Six towers, four girls, one project: to walk a highline between the Vajolet Towers in the Dolomites, a line that connects summit to summit at an altitude of 2,800 metres. Highlining is slacklining at elevation above the ground or water. TOWERS THAT SCRAPE THE SKY As if this plan wasn’t already tough enough, Julia, Jill, Hayley and Lisi decided to do it in the middle of the winter. An appropriate Facebook comment for this might be: “It’s complicated.” The four girls, who are from the USA and Austria, faced ice and snow-covered rock terrain on the approach to the line, cold feet before stepping onto the line, fierce winds on the line and even colder feet when getting off the line. Not exactly your average walk in the park. But these conditions were part of an extraordinary plan. Plan as much as you wish, but when all preparations are completed everything comes down to one thing: to take the first step into reality, off safe ground and right onto the line. LINES The Torri del Vajolet are a formation of six rock towers, three northern and three southern ones, in the Rosengarten group in the Italian Dolomites. These bizarre formations, which seem to have a special arrangement with gravity and statics, are quite common in this wild corner of the Alps. But you’d be hard pressed to find a group of towers that are more elegant and bear more grace than the Vajolets. In the 19th century, locals were fascinated by these slender, stone forms. As interest led to action, the bravest among them filled up their canvas backpacks with pitons, ropes and speck. After all you can’t just leave those towers standing around without having stood atop them, can you? In August 1882, G. Bernard and G. Merzbacher set up their base camp at the bottom of the Vajolet massif. On the 28th of that month they stood on top of Torre Principale (2821m) for its first ascent. Five years later Georg Winkler climbed the southeast face of another one of the towers, which was later named Torre Winkler (2800m). In 1892 Hans Stabeler and Hans Helversen were the first to summit Torre Stabeler (2805m) and because they were already there, they decided to tag on the first ascent of Torre Nord (2810m) as well. In 1895 Hermann Delago spraddled solo and in his lederhosen to the top of the sixth and then still-virgin tower, which was later named after him: Torre Delago (2790m). HIGH VS. LOW The list of climbers who have since followed in the first ascentionists’ footsteps is quite long. If each and every one of those successors had stacked a single stone to mark their ascent, there would now be seven, instead of just six, towers in the Torri del Vajolet group. Without a doubt the towers are among the most sought-after alpine goals in the Dolomites. But those six towers, all of almost equal height, have not only drawn the attention of climbers who jam up the classic lines on sunny summer weekends. Highliners have gazed at them with longing as well. The Torri del Vajolet are a highliner’s dream destination. Although it’s not possible to link all six towers together with highlines, three are definitely realistic. From the summit of Torre Delago, a 12-metre-line to reach Torre Stabeler is possible and from there you can set up a 50-metre-giant to the summit of Torre Winkler. In 2005 highline veteran Heinz Zak completed the first walk across the Delago-Stabeler line. Rumour has it that the much more demanding Stabeler- Winkler variant was walked in its entirety in 2013 by a as-yet unknown balance artist. To set up a slackline in a park you don’t need much: a line, a pulley system, a few carabiners, two trees and a smartphone to watch the appropriate YouTube manual. However, a bit of technical nous will help get the job done. To set up a highline between two mountain summits is much more complicated as plenty of factors come into play. Wanting to go big and being able to are two different things entirely. Wannabe alpine-highliners have to be able to answer a very fundamental question: “How do I get up there?” Well, there’s only one answer to that: climbing. But even that is easier said than done. The bottom line is: highlining requires a large skill-set, from alpine climbing to rock proficiency to simply being able to walk a longline with hundreds of metres of exposure beneath your feet. All told you have to be a tough guy if you want to walk in the sky between rock-peaks at almost 3,000 metres. 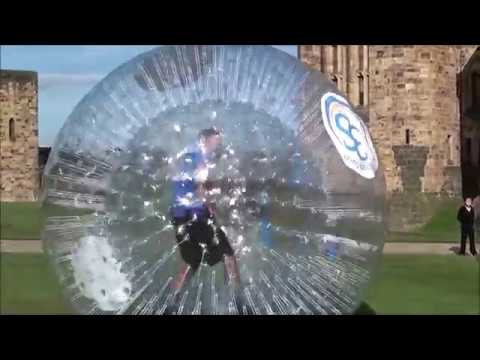 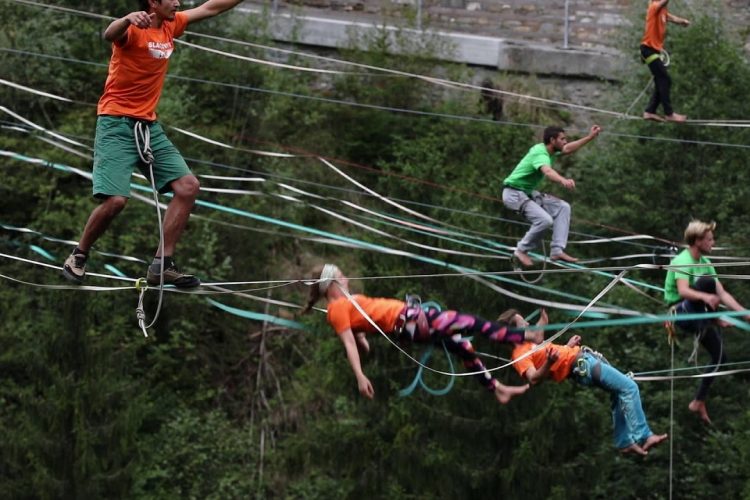 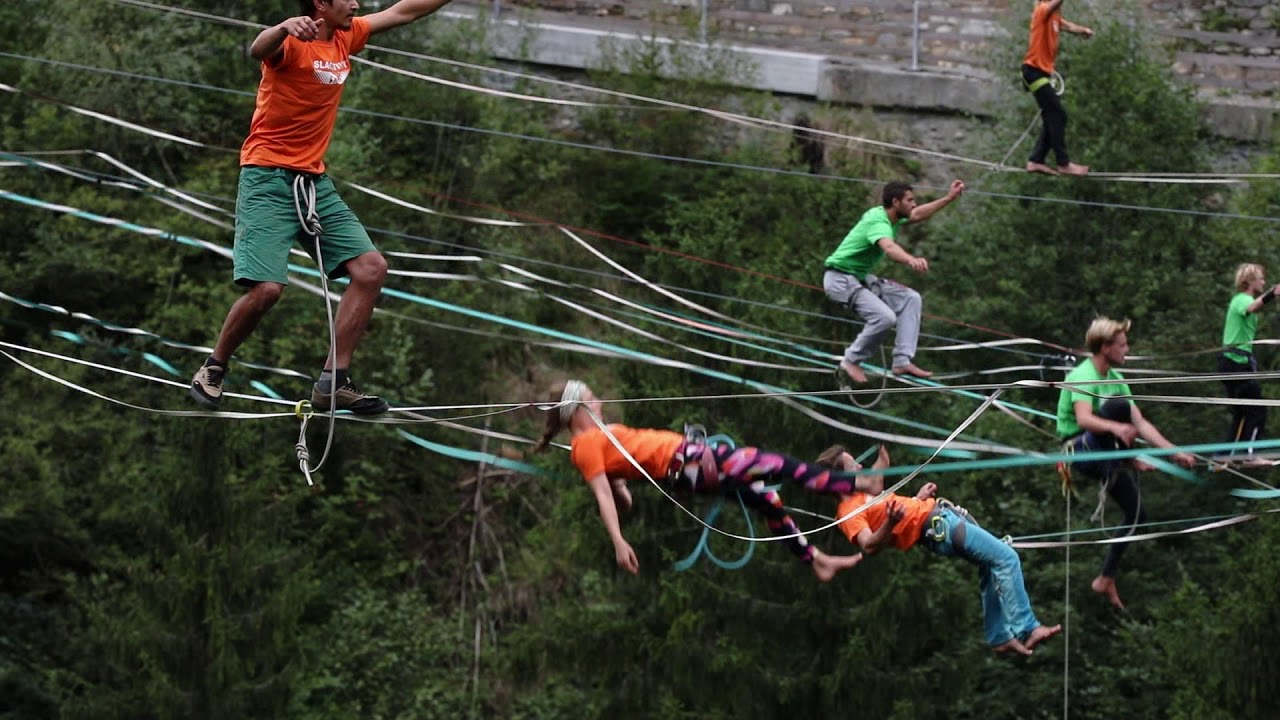 Is Highlining an Extreme ... 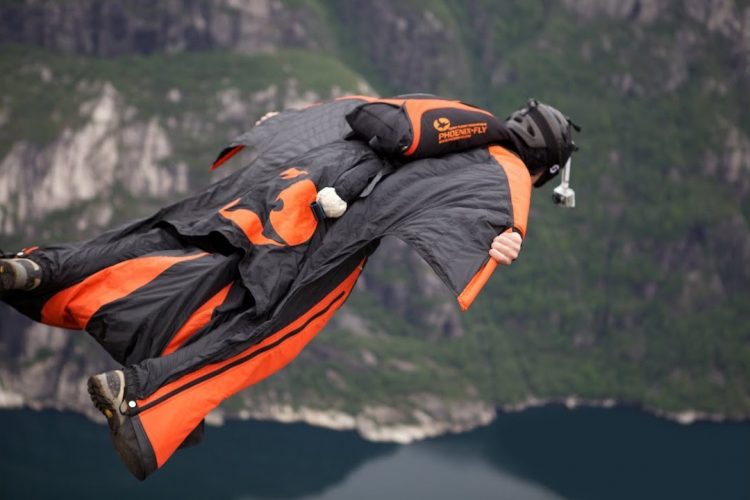 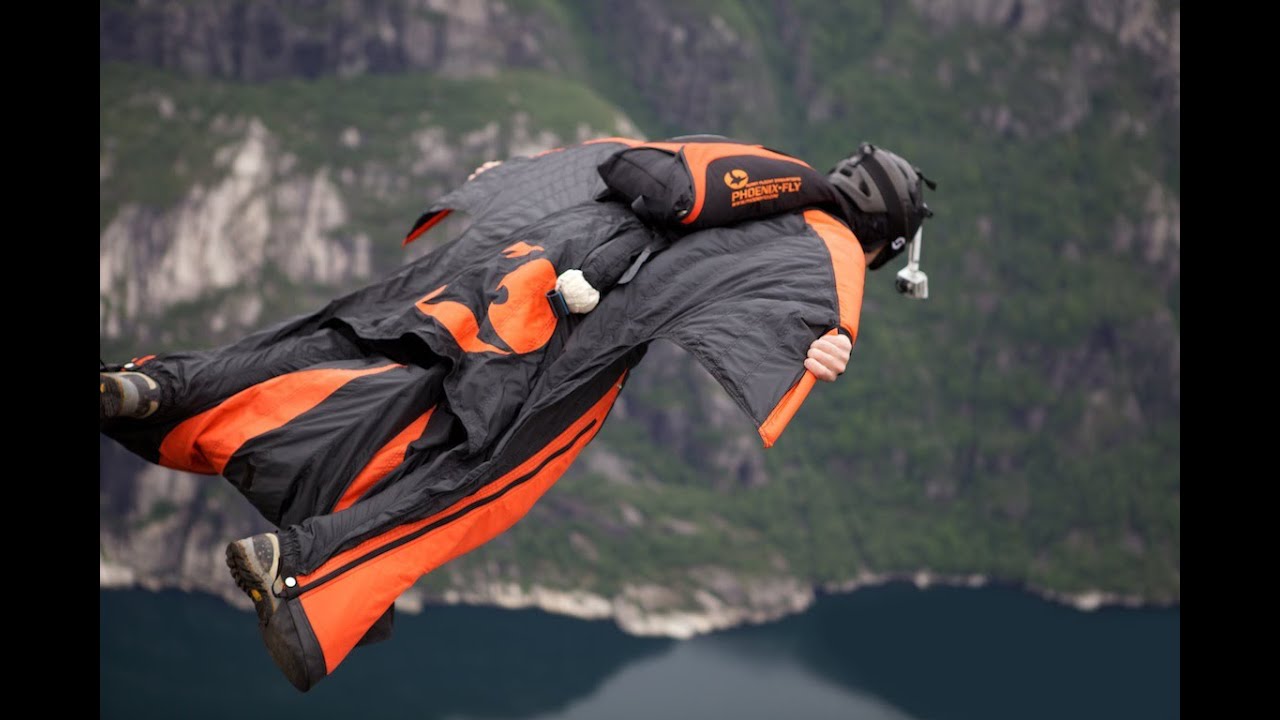